Washing the disciples feet has often left me wondering whether Jesus intended a greater lesson for us than to simply marvel at His servant-hood as is common in the annual celebration of the last supper. In fact, when Jesus had finished washing their feet, He asked:

In trying to grasp the significance of what He did, it is well to remember that Jesus remained with the disciples for 40 days following His resurrection. Surely Jesus could have found the time to wash their feet then, rather than on the night of His betrayal. Mere hours before His arrest, trial, flogging and crucifixion, Jesus must have been in emotional agony. Yet, Jesus concern was for the disciples who would be wounded by His death and scattered by the persecution that followed. Jesus knew they would be overcome with guilt and shame for denying Him and therefore potentially reluctant to return to Him. By washing their feet before they deserted Him, Jesus laid the groundwork of grace and prepared the way for the disciples to be reconciled to Himself. In so doing, Jesus reassured them of His love and the forgiveness that awaited them when eventually they did sin against Him.

Unlike Jesus, we humans, especially us men, often react with indignant anger when someone wrongs us and we respond by demanding an apology “or else!” More often than not, my own angry response to a wrong has shut the door on heartfelt repentance in the one who has wronged me and leads to separation rather than forgiveness and reconciliation. About that, it is written “iron sharpens iron”, we “reap what we sew” and those who “live by the sword shall die by the sword”. Would it not be better to meet an offense with a gentle and humble reply and thereby reassure the one who has wronged us that grace and forgiveness awaits a repentant reply?

A tender answer turns away wrath, but grievous words stir up anger. (Proverbs 15:1)

An angry and combative reaction makes it more difficult for someone to ask forgiveness because it can put the person who committed the wrong on the defensive thereby making their apology something forced and potentially insincere or altogether dishonest. Already they have wronged us; do we want to make them a liar as well by coercing an apology from an unwilling heart?

This for me, is the core lesson of preemptive grace as demonstrated by Jesus in washing the disciples feet. I have only ever washed the feet of 2 people in my life; when I proposed to my wife and more recently my father whose foot is ulcerated and in danger of amputation. Doing so has profoundly affected the relationship I have with each of them. I find it is easier to forgive because I have given them my commitment of love and forgiveness in advance. Likewise, it is easier for them to ask my forgiveness because I have assured them of my love and stand ready to forgive. I also find it more difficult to sin against my wife who washed my feet when accepting my proposal of marriage, while at the same time it is easier to ask for her forgiveness when I have wronged her. There is indeed great blessing in washing one another’s feet. 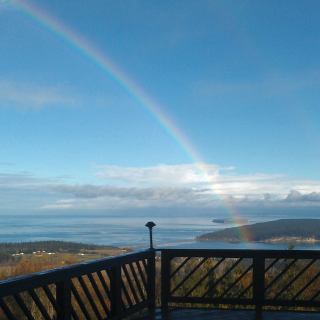